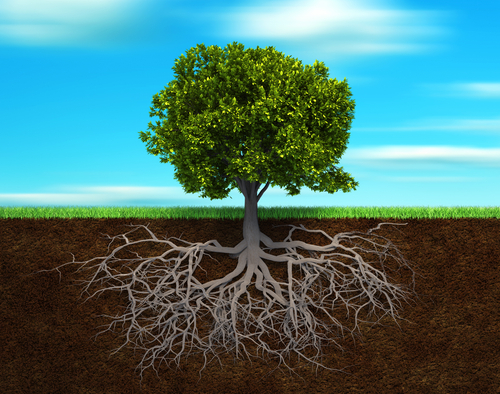 What does it mean to think for yourself? Well let me tell you so you don’t have to figure it out for yourself!

By zeronom in Spirituality on February 21, 2017
No comments

So, for whatever reason, I was born with the “I know what I’m talking about!” gene, even though most of my life, I’ve said some pretty dumb things. My mom was also rather strong-headed. Also, my life has been rather peculiar, and I’ve been forced to sort of “go it alone.” I’m used to being called weird. I’m a 6’2″ transgender woman, wannabe Shaman, writer, composer, performer, poet with graduate level education who drinks cough syrup for fun. The thing is that I tried to be normal for a long ass time, and I just hated life. So at my third decade on this rock, I just said fuck it! and I trotted off into Weirdville and never looked back.

I suppose I’m going to be Major General I. Zation in this post, but meh, we’re all kind of judgmental; we’re human. I do practice Buddhism along with other doctrines, but I don’t think totally destroying your ego is the be-all end-all of philosophical decisions in life. It’s a balance. We’re all half Indra and half ant in this life.

So, I look around at America where I live, and my basic assumption is that about 90% of people don’t make decisions for themselves. They are fundamentally irresponsible individuals. Whatever, some people want that, but I think it has gotten to a toxic level. But what does it mean to be a responsible individual thinker? I’m just asserting my hypothesis here, but the way I see it is that every true original thought has to go all the way down. It has to have philosophical underpinnings so to speak. And this is not easy to most people especially in a country that actively tries to keep philosophy from people. And then when you go to the “philosophers,” they tend to be even more confusing, so people just stick to superficial memes or idea macros. They just get the frosting and not the cupcake. Most westerners sit in front of a TV for 4+ hours a day trying to figure out what they’re supposed to do. They wait for society to tell them what to do. Then, when they learn that they are supposed to LOVE Hot Pockets because “that commercial was so funny! And did you see they have tastations in them now?! I mean WOW!” It’s a form of self-hypnosis and self-delusion. You can survive that way, but you will need your options to be radically limited, and you will be addicted to being told what to do.

I’m very far from perfect in the always making great decisions department. I know that alcohol is very bad for me, and for the most part I’ve totally given it up, but sometimes I think “it can’t be that bad!” And then I go drink a little, and I suffer for it with depression and anxiety for a day or two. I am alcohol intolerant, but I still drink when I shouldn’t. I’ve only drank about 4 times in the last year, but it’s still too much. But I do try and work on making better decisions that more align with my system of philosophy. And I’m getting there. I have breakdowns and freakouts, but life is tough. If it was easy would we have materialized here? Probably not.

Gandhi said that “the end is inherent in the means.” How I interpret this is that when you perform an action (the means), you are implying a certain philosophical system. I do not believe that you can get away from philosophy. Most people say “philosophy?! I don’t need that!” But in saying that statement they are saying that critical thinking and systems of ideas and thought are unimportant. This is a basic philosophical position. Also, I believe that philosophy makes you a much stronger and more intellectually solid individual. Donald Trump could come up to you himself and say “You’re a stupidhead! Sad!” and if you know what you know all the way down, he is powerless and impotent.

I suppose I’m preaching to the choir here with this post, but writing helps me codify my own personal philosophy. Have a wonderful day my digital friends. 🙂